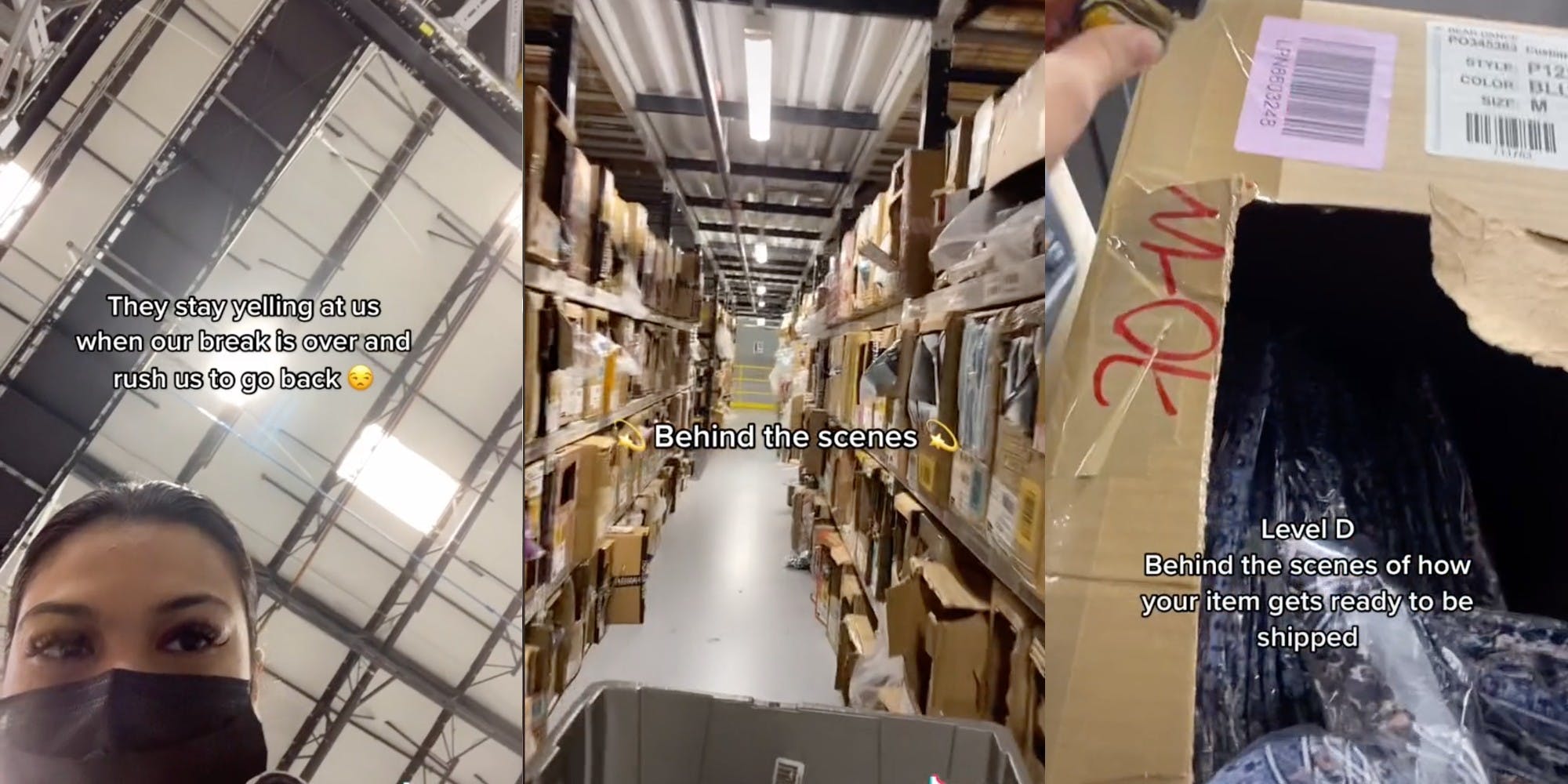 “Yoo it sucks working here at Fashion Nova. Yall don’t even know the half,”Torie captioned her video, which was viewed 396,000 times on TikTok as at Sunday.

Torie’s workshift started as one would expect, clocking in then entering the warehouse full of Fashion Nova products. The workers were notified by a loud, clear alarm that it was time for them to get to work.

Video footage showed Torie’s coworkers doing mandatory stretching before getting to work because of how much the job strains their legs. Managers will not allow workers to move more than 175 items per hour. “literally go up to you,”The TikToker stated.

Other footage showed empty and opened Fashion Nova boxes lying on the ground.

“It’s literally messy in almost every (aisle) they don’t gaf about your items,”Torie’s words were shown in an onscreen caption.

Torie took a short break, but management shouted at her and rushed employees to work once it was over.

Torie stated that the only thing good about the warehouse job was the hour-long lunch break. Management was allegedly already yelling when she returned from lunch.

Related Article  What is Fashion Nova? The shopping brand that took over Instagram

“Man I hate it here,”She said that she used a text-to speech function.

TikTok viewers voiced their disapproval of the work conditions in the video’s comments, and one person said it even felt illegal to watch the footage.

“Modern day slavery. The fact they gotta use alarms to make sure you don’t go over your break,”One viewer commented.

Another user wrote “I will never complain about my job again. This looks like jail.”

Although they seemed to agree that the job was difficult, some viewers pointed out the fact that warehouse workers are subject to the same treatment regardless of their company.

“This is literally every warehouse job,”One viewer claimed.

“It’s giving Amazon,”Someone else has commented.

TikTok user @torietrades did not immediately respond to the Daily Dot’s request for comment via TikTok comment. Fashion Nova was also contacted by The Daily Dot.

Cecilia Lenzen is an undergraduate journalist at the University of Texas at Arlington. She is also a freelance reporter at the Daily Dot.