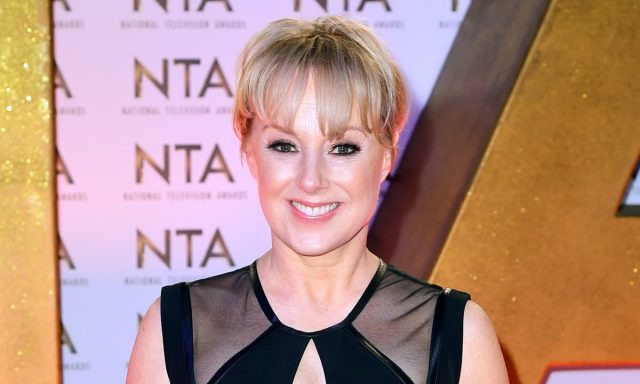 
Coronation Street actress Sally Dynevor is having a ball right now on Dancing on Ice as she competes in the ITV show with her skating pro partner Matt Evers.

Away from the cameras, Sally, 58, is married to fellow actor and scriptwriter Tim Dynevor, and the couple share three children together. Did you know that their eldest daughter Phoebe Dynevor, 26, is the star of hit series Bridgerton?

Sally and Tim’s other children are Samuel, 24, and Hattie, 18, and the family seem like a close-knit clan in Sally’s Instagram photos.

Take a look at Sally Dynevor’s sweet family moments below…

A proud moment for the acting couple as Sally’s awarded an MBE at an investiture ceremony at Windsor Castle in February this year for services to drama.

MORE: Everything you need to know about Dancing on Ice pro Matt Evers’ love life

Sally smiles with her youngest daughter Hattie to celebrate a very special day. “Happy 18th Birthday to my beautiful baby girl with the heart of gold,” the star wrote on Instagram.

Related Article  Young & Restless: Adam Breaks Up With Sally to Save Her Job

A romantic snap of the actress and her husband, with Sally telling fans: “Happy Father’s Day to the very best. We love you so much @dynevortim.”

The family-of-five look so happy together as they step out for a walk. “Happy Boxing Day everyone! Compulsory Boxing Day walk,” said the star.

“So proud of my beautiful son #graduationday,” wrote Sally as she shared this photo of her son Samuel at his university graduation in 2019.

What an adorable throwback picture of Sally and Tim’s three children. “Being a mum has taught me so much, and I’m very grateful. #ilovemums,” wrote the famous mum.

A lovely snap of the two actresses in the family: mum Sally and her Bridgeton star daughter Phoebe. “Missing my big girl right now,” said Sally.

Sally and her children Samuel and Phoebe attended the Tesco Mum of the Year awards at The Savoy Hotel in March 2015. It was smiles all round!