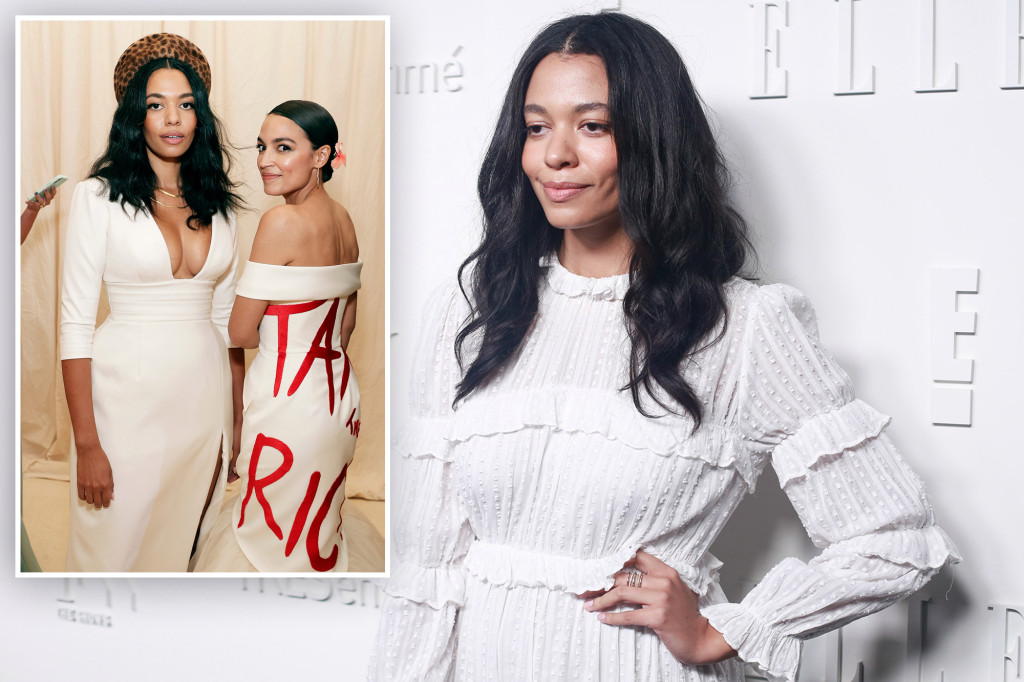 The “immigrant” designer Rep. Alexandria Ocasio-Cortez praised for being behind the “Tax the Rich” dress she wore to the Met Gala is an immigrant from — Canada.

Aurora James, who attended the Met Gala alongside AOC on Monday night, was lauded by the New York congresswoman for coming to the US to launch her sustainable fashion brand Brother Vellies at a Brooklyn flea market.

“Proud to work with @aurorajames as a sustainably focused, Black woman immigrant designer who went from starting her dream @brothervellies at a flea market in Brooklyn to winning the @cfda against all — and then work together to kick open the doors at the Met,” AOC tweeted.

But the self-proclaimed socialist AOC did not mention the 36-year-old fashion designer made the move to the Big Apple from a Toronto suburb.

James was born just over the US border in Mississauga – about 45 minutes outside Toronto — to a Canadian mother and Ghanaian father, according to a Harper’s Bazaar profile. 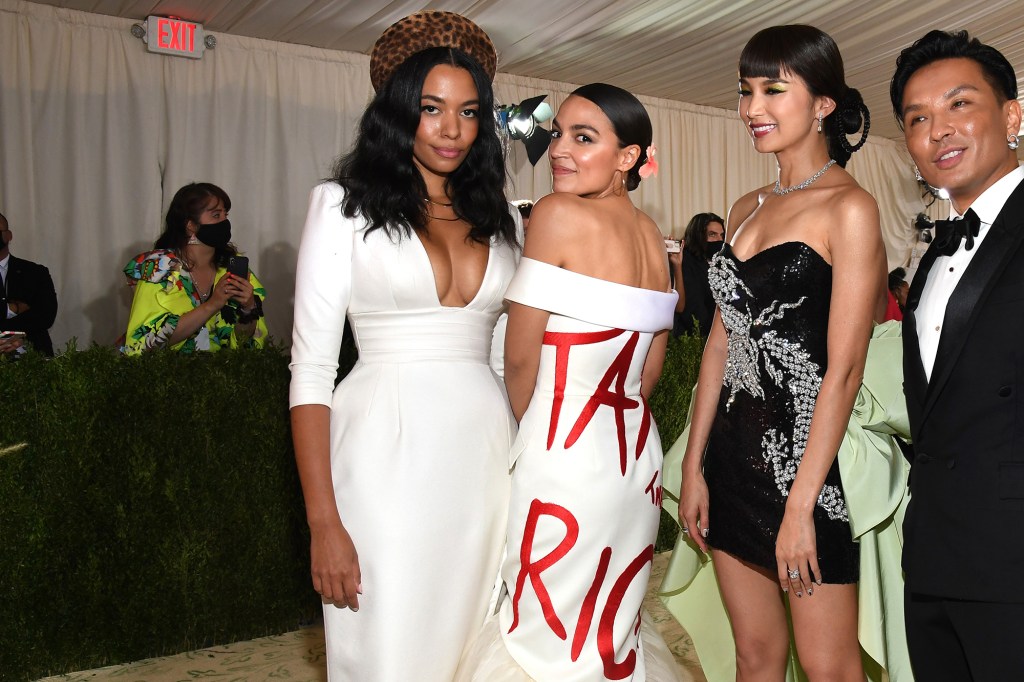 Alexandria Ocasio-Cortez recently came under fire from conservatives for seemingly attending the $35,000 event for free.Kevin Mazur/MG21/Getty Images For The Met Museum/Vogue

The median household income in her Canadian hometown is about $83,000, according to Townfolio.

Her brand was launched two years later after she moved to Brooklyn in 2011.

The inspiration for James’ label came after various trips to Africa — including South Africa, Kenya and Morocco – when she was in her 20s, according to various profiles about her success.

She has been vocal about her Canadian heritage in the past, telling the Globe and Mail in a 2015 interview: “I wouldn’t be who I was if it wasn’t for Canada.”

“It was the first time I ever felt I actually had to categorize who I was. And I never had those confines in Canada, which doesn’t put these sorts of boundaries and restrictions on you that growing up in New York tends to do to people. I’m really proud to be a Canadian.”

Speaking about working with AOC, James — who also founded the 15 percent pledge campaign — told CNN Tuesday that she and the congresswoman had been following each other’s work for years. 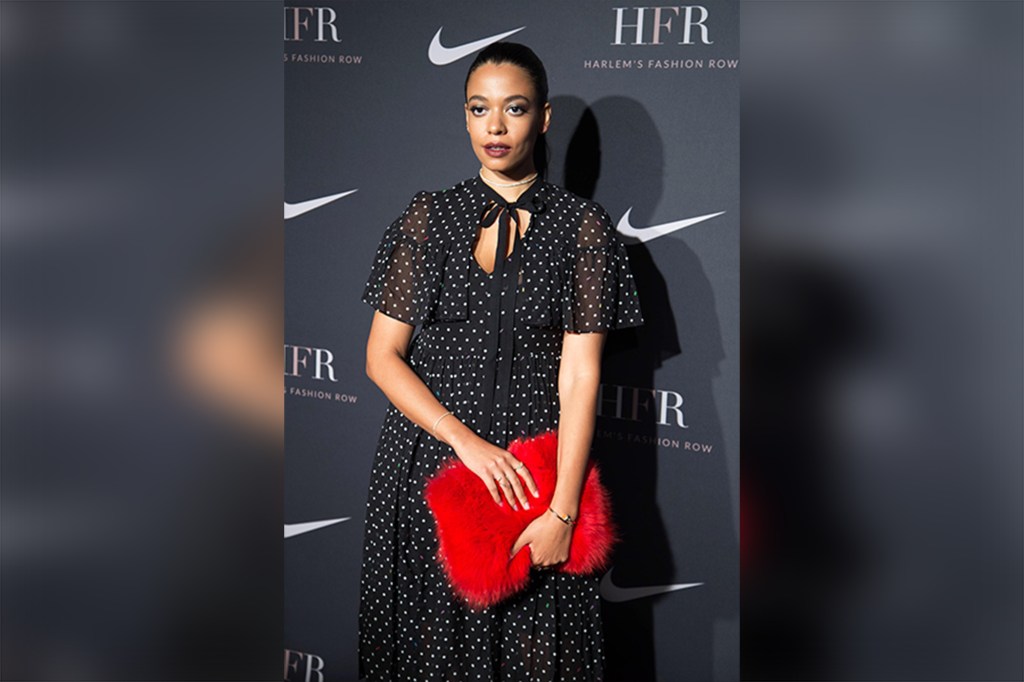 The Brooklyn-based designer moved to the US in 2011 and launched her fashion brand in 2018.Johnny Nunez/WireImage 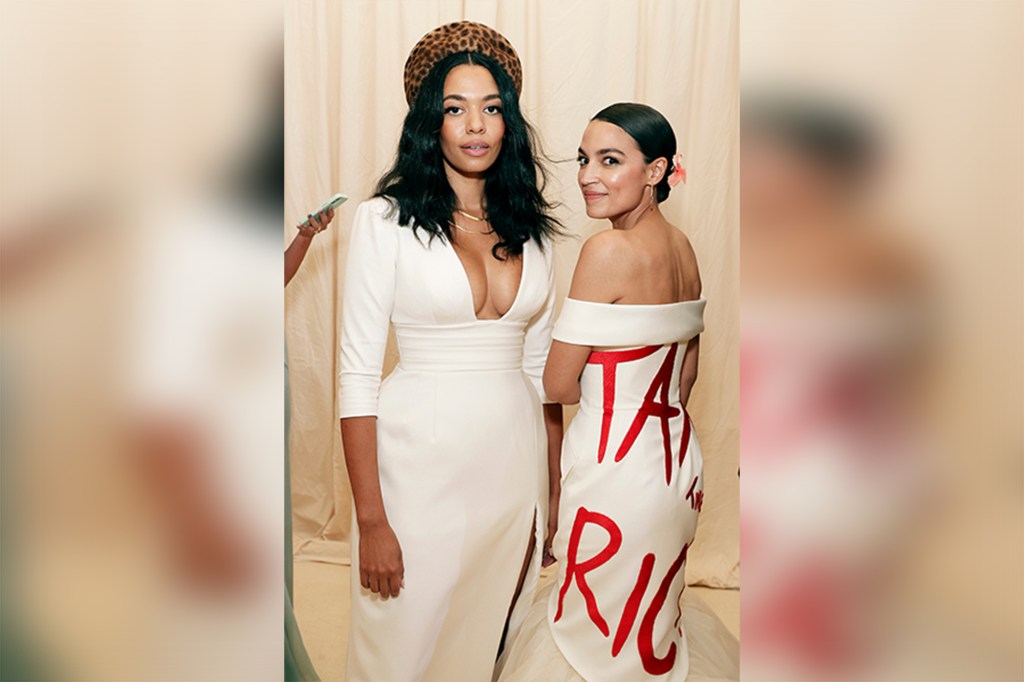 James added that they related to each other as women of color who were hustling in their careers in New York.

AOC has been under intense scrutiny for wearing the politically-branded dress to the Met Gala. 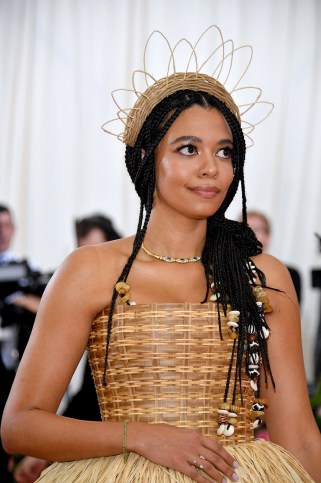 The one-percent bashing congresswoman defended her attendance saying it was her “responsibility” to attend the Met Gala and justified wearing the dress because she and James were there to “kick open the doors at the Met.”

“Before haters get wild flying off the handle, New York elected officials are routinely invited to and attend the Met due to our responsibilities in overseeing and supporting the city’s cultural institutions for the public,” she tweeted.

“I was one of several in attendance in this evening,” She noted defensively.

A conservative group is asking the Office of Congressional Ethics for an investigation into AOC’s acceptance of a free ticket to the $35,000-per-ticket elite event.

American Accountability Foundation founder Thomas Jones wrote in an ethics complaint that he believes Ocasio-Cortez, who represents parts of the Bronx and Queens, broke House rules by accepting “an impermissible gift” of free tickets to attend the annual gala.