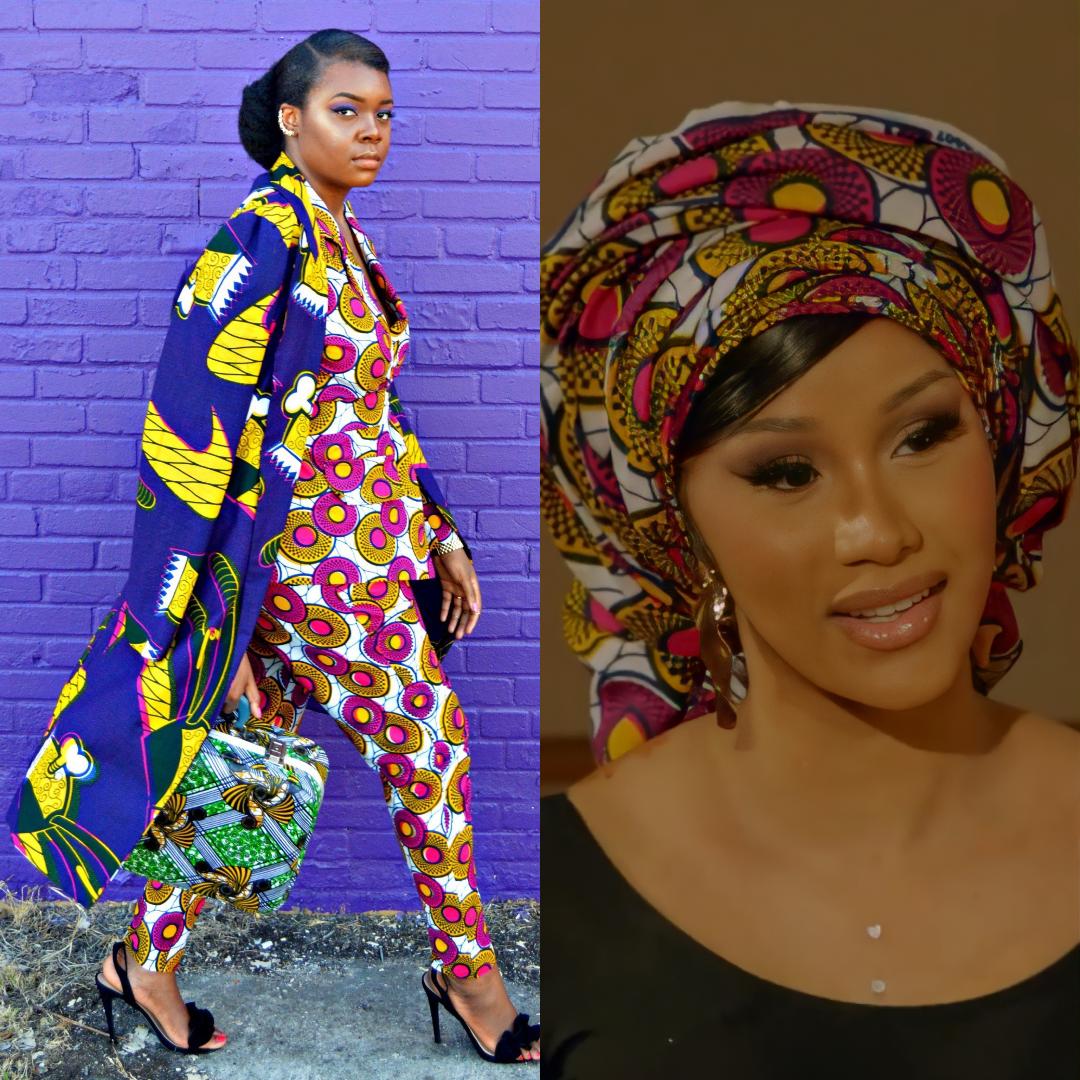 The power of words, faith, belief, and hard-work all culminate into success. In 2015, Nicolette Titilayo Orji, also known as Nikki Billie Jean, founder, and editor-in-chief of All Things Ankara, encountered Cardi B for the first time. Her creative director, Troy Massa believed that their brand would be one of the first Ankara / African print fashion brands Cardi B would work with. Four years later, it indeed happened.

The date was December 4th, 2019, Nikki Billie Jean was contacted by Jennifer Udechukwu, an assistant stylist to Cardi B’s stylist Kollin Carter. Jennifer had sent a direct message on Instagram mentioning that she wanted to pull some clothes from All Things Ankara for Cardi B to wear in Nigeria. She also mentioned that she would need the clothes that same evening before their flight left for Cardi B’s mini West African tour across Nigeria and Ghana.

With only a few hours left, Nikki and her team created magic and defeated time. They made an orange mermaid dress with Ankara print piping detail from the All Things Ankara Marketplace for Cardi B. The dress was a tube-style dress that featured a half peplum and ruffled details along with puffy sleeves. The shade of orange on Cardi B’s skin tone was a perfect combination and caught the attention of millions across social media.

Almost a year later, the team would connect again. In early November 2020, Jennifer contacted Nikki again, mentioning that they needed African print fabrics and accessories for a show Cardi B was doing with Facebook. The show was called ‘Cardi Tries Ballet.’

Take a look at the suit…

A fashion and culture enthusiast who’s really a food loving adventurer at heart.

At Style Rave, we aim to inspire our readers by providing engaging content to not just entertain but to inform and empower you as you ASPIRE to become more stylish, live smarter and be healthier.