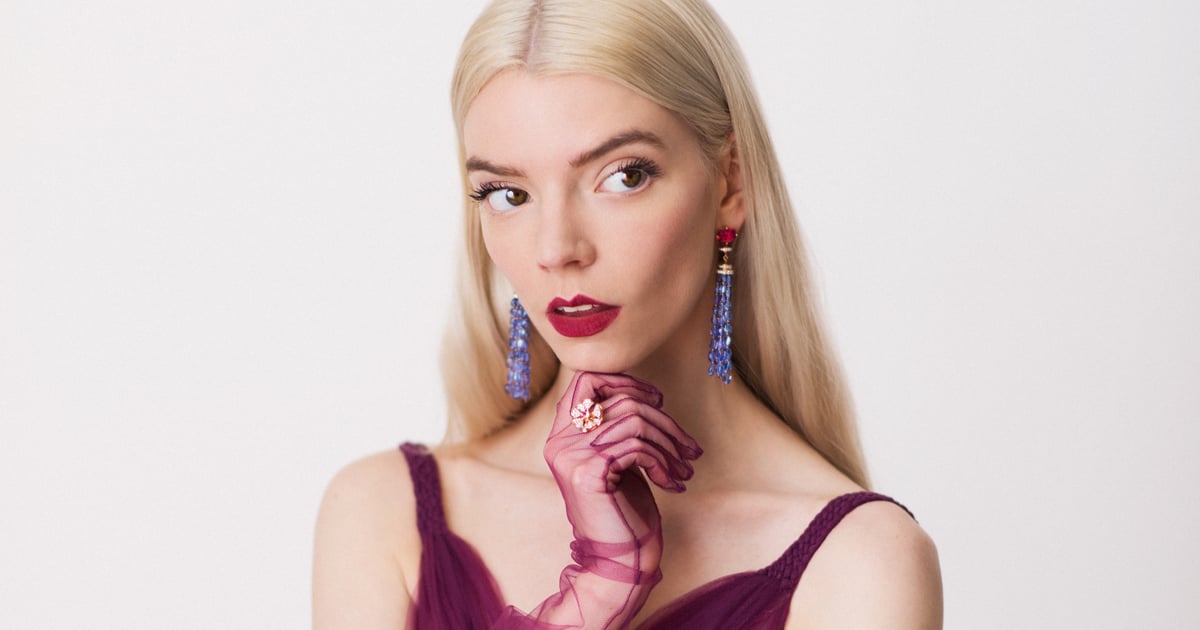 Anya Taylor-Joy continued her award season sweep in yet another stunning Dior number at the Critics’ Choice Awards on Sunday night. Exactly one week after rocking the heck out of a two-piece emerald gown at the Golden Globes, the Queen’s Gambit actress slipped into a floor-length, berry-colored dress featuring an intricate, braided waistline. With help from Image Architect Law Roach, she styled the tulle design with sheer gloves and two pieces of jewelry by Bvlgari: dangly tanzanite earrings and a floral sapphire ring. The star, who did her own makeup for the occasion, nabbed the award for best actress in a limited series or movie made for television during the show. Ahead, take an up-close look at Anya’s dress, gloves, and jewelry at the Critics’ Choice Awards.