Pink showed off awesome short blonde hair that proved to be a departure from her dark brown locks that she cut herself while in quarantine last year.

Pink, 41, turned heads on Mar. 4 when she was spotted leaving a hair salon in Beverly Hills, CA with a fresh new ‘do. The singer showed off bright blonde hair while wearing a long-sleeved black sweater that was partially buttoned over a black top, tan baggy pants, and leopard print Dolce & Gabbana sneakers. She also wore sunglasses and a black face mask as she carried two handfuls of bags. 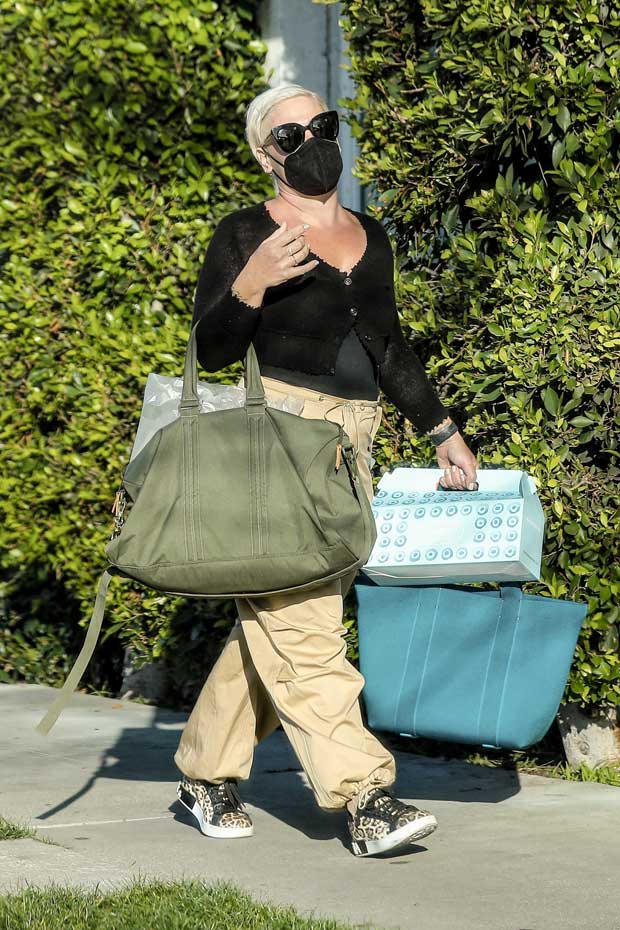 Pink showing off her blonde locks after leaving a salon on Mar. 4. (BACKGRID)

The award-winning artist didn’t seem to pay attention to the cameras as she strolled by during the outing and at one point, she got into her car and went about her day. It’s not clear what was in Pink’s bags, but she was most likely running errands during her salon run and taking in the nice weather after staying home in quarantine for months like everyone else. 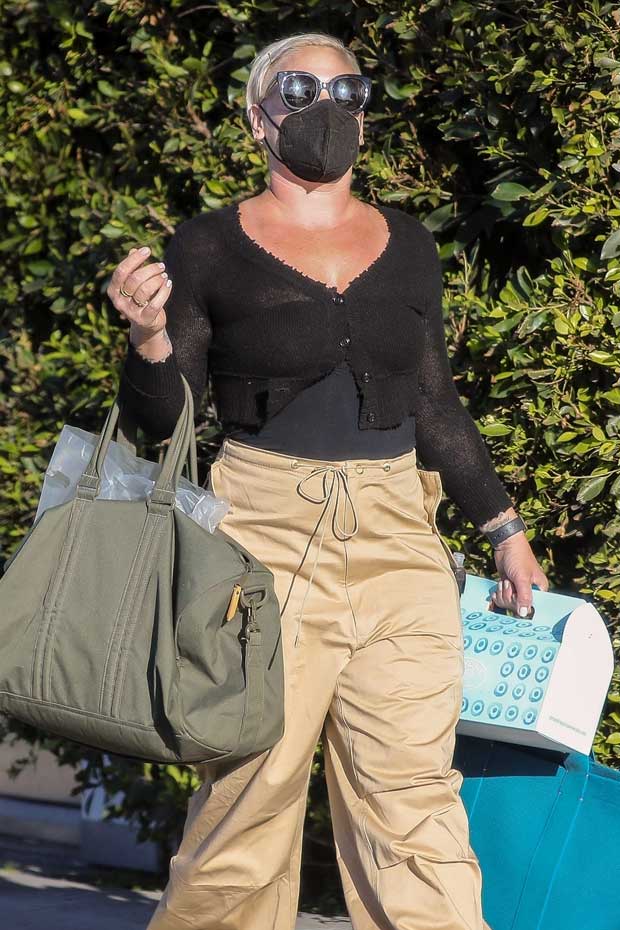 During that quarantine time, Pink shamelessly revealed that she gave herself a haircut in a funny Instagram video. In the Mar. 24 clip, which can be seen below, she flaunted her dark brown short hair under a red knit cap and joked about the fact that she was “drinking” when she decided to attempt to cut her own locks.

“When I drink, I get really, really, really brilliant ideas and last night I got the idea, ‘I can cut hair! Why have I been paying people all this time?’” she said in the video after cheekily explaining that she’s made drinking “a sport” while staying home.