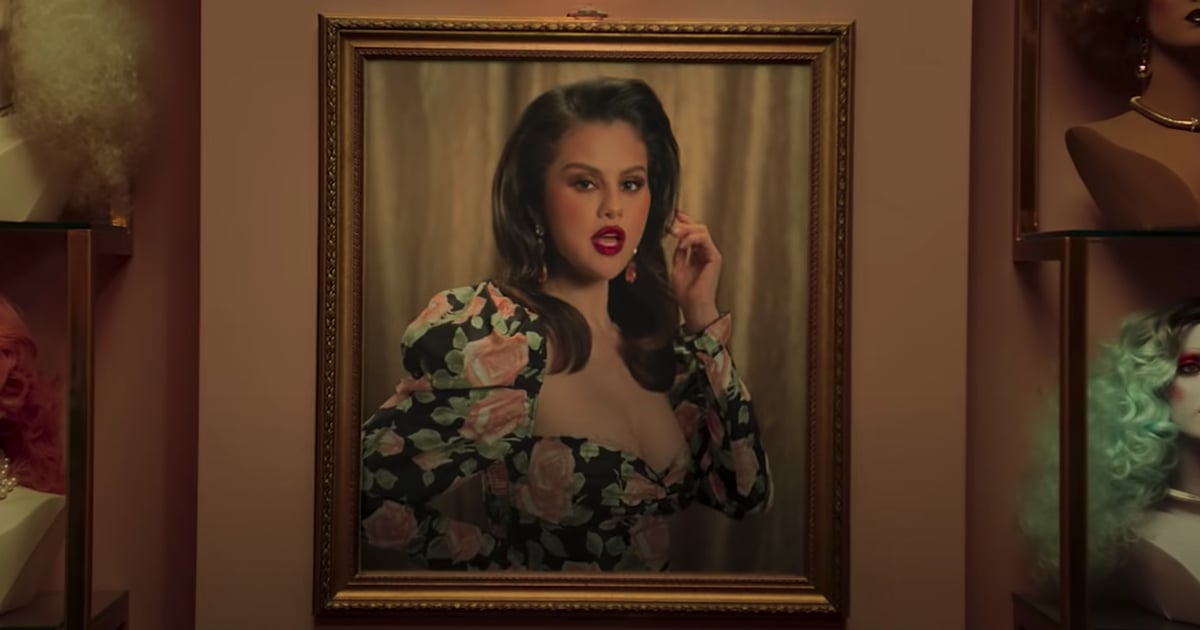 If you’ve seen Selena Gomez‘s “Selfish Love” music video featuring DJ Snake, you’re probably just as awe-struck over her gorgeous floral minidress as we are. The singer released the video, which is set in a chilling hair salon that one of our editors described the scene perfectly: American Horror Story: Freak Show meets Disney’s Haunted Mansion. The eerie salon is covered in ’70s decor and is run by a nearly identical band of sentient portraits bearing Selena’s face wearing the floral minidress in question. (In case you haven’t watched it yet, the portraits basically bring the customers into a maze of rooms and turn typical beauty tools into weapons of revenge and destruction.)

Selena’s puff-sleeved dress is actually by designer Alessandra Rich and it’s still available at LuisaViaRoma. It’s actually on sale for $1,039, marked down from $1,485. In the video, she also wears a floral Attico dress that’s on sale from $1,531, marked down from $2,041. Yes, those are pretty steep price tags, but don’t worry we’ve shopped out similar, more affordable picks for you as well. Keep scrolling to watch the full video and shop out her looks if you’re feeling inspired ahead.