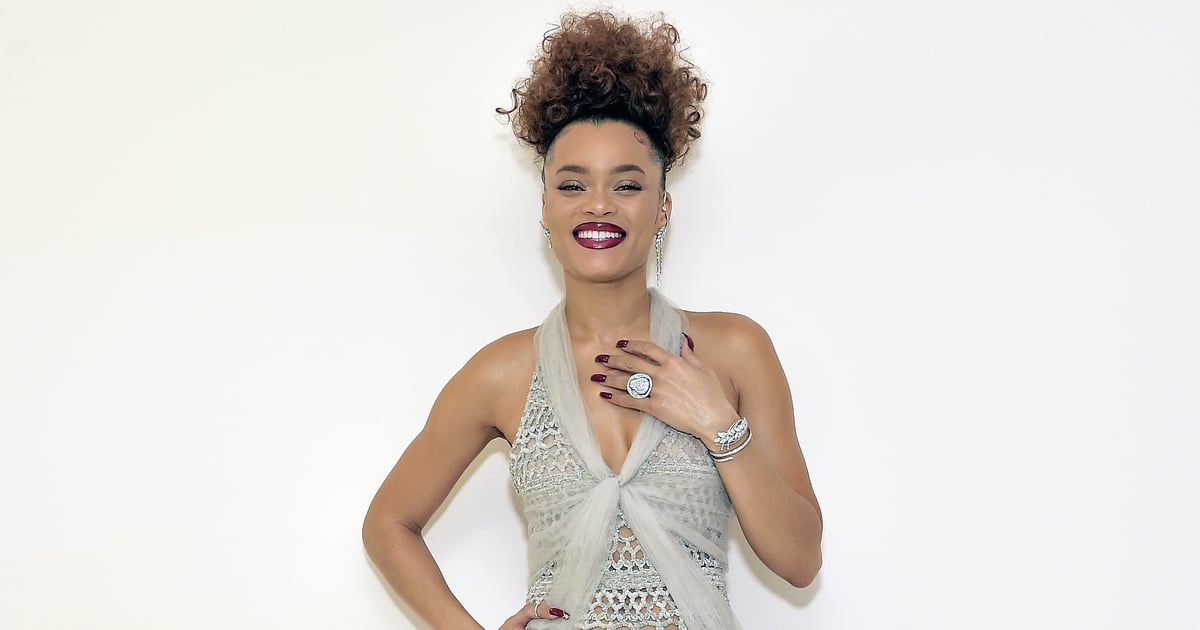 Andra Day’s elegant look at the 2021 Golden Globes was as timeless as the music of Billie Holiday. The singer and actress, who is nominated for her portrayal of the jazz legend in The United States vs. Billie Holiday, wore a floor-length Chanel gown from the brand’s recent spring couture show. The dress featured a full skirt and crocheted bodice with tulle panels. Styled by Wouri Vice, the outfit was completed with glimmering bangles, statement rings, and an ear cuff — also by Chanel — and custom Stuart Weitzman heels.

Though she chose Chanel for the red carpet, Andra mostly wore vintage pieces and Prada in the Lee Daniels-directed film. In an interview with POPSUGAR, costume designer Paolo Nieddu spoke about how the 1950s outfits helped Andra transform into Billie. “She understands the period and the way the clothes are supposed to be, so when she would try things on in fittings, she transformed and threw herself into it from a style standpoint. She knew how to move in them,” he said. “When you wear vintage, it’s different than now, and I think Andra really understood that, and that helped sell the garment.”

See photos of the star looking absolutely timeless at the Golden Globes ahead.