Ashley Benson and G-Eazy Break Up 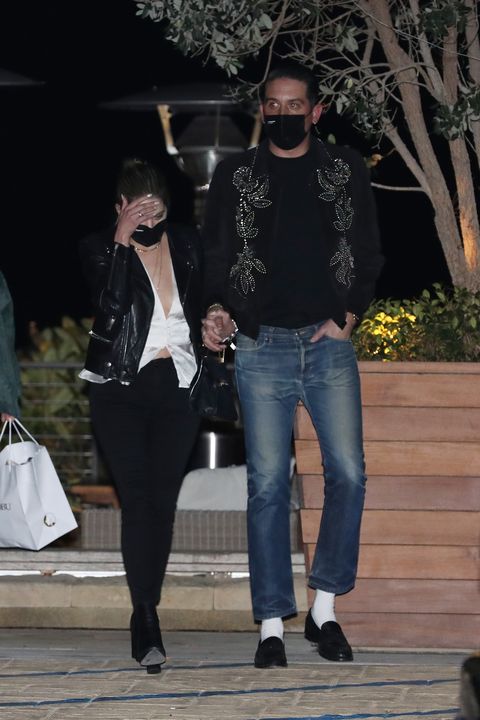 Time has done in another couple: E! reports today that former Pretty Little Liars actress Ashley Benson and musician G-Eazy have ended their relationship nine months after they were first seen kissing in May 2020. The split is seemingly recent, as Benson and G-Eazy were last seen going out to dinner at Nobu on February 1. They were photographed holding hands, as seen on Daily Mail and below:

Fans started speculating the couple might’ve split when they noticed Benson unfollowed G-Eazy on Instagram (though he still follows her account). A source confirmed to E! that yes, Benson and G-Eazy are done.

G-Eazy and Benson didn’t hide their romance during its heyday. For Benson’s birthday, G-Eazy posted a gushing tribute to the actress on his Instagram, one that has since been taken down. “Happy birthday beautiful 🖤” he wrote in the tribute. “@ashleybenson I love you to the moon & back.”

A source told E! in October that things between the two were serious.

“Many people in their friend group thought Ashley and G would be a short fling, but they are very serious about each other,” the source said. “They have been inseparable for months and are basically living together at this point.”

“[Their] relationship works because they balance each other out and love to have fun,” the source continued. “They both make each other laugh all day long. G-Eazy thinks that Ashley brings him more down to earth and keeps him grounded. It’s been very healthy so far and they are in a great place.”

Benson previously dated Cara Delevingne for two years while G-Eazy was in a high-profile relationship with Halsey that ended in 2018. Halsey and G-Eazy’s breakup was messy, with Halsey hinting on social media that G-Eazy may have cheated on her.

Sanremo 2021: the best beauty looks of the Festival